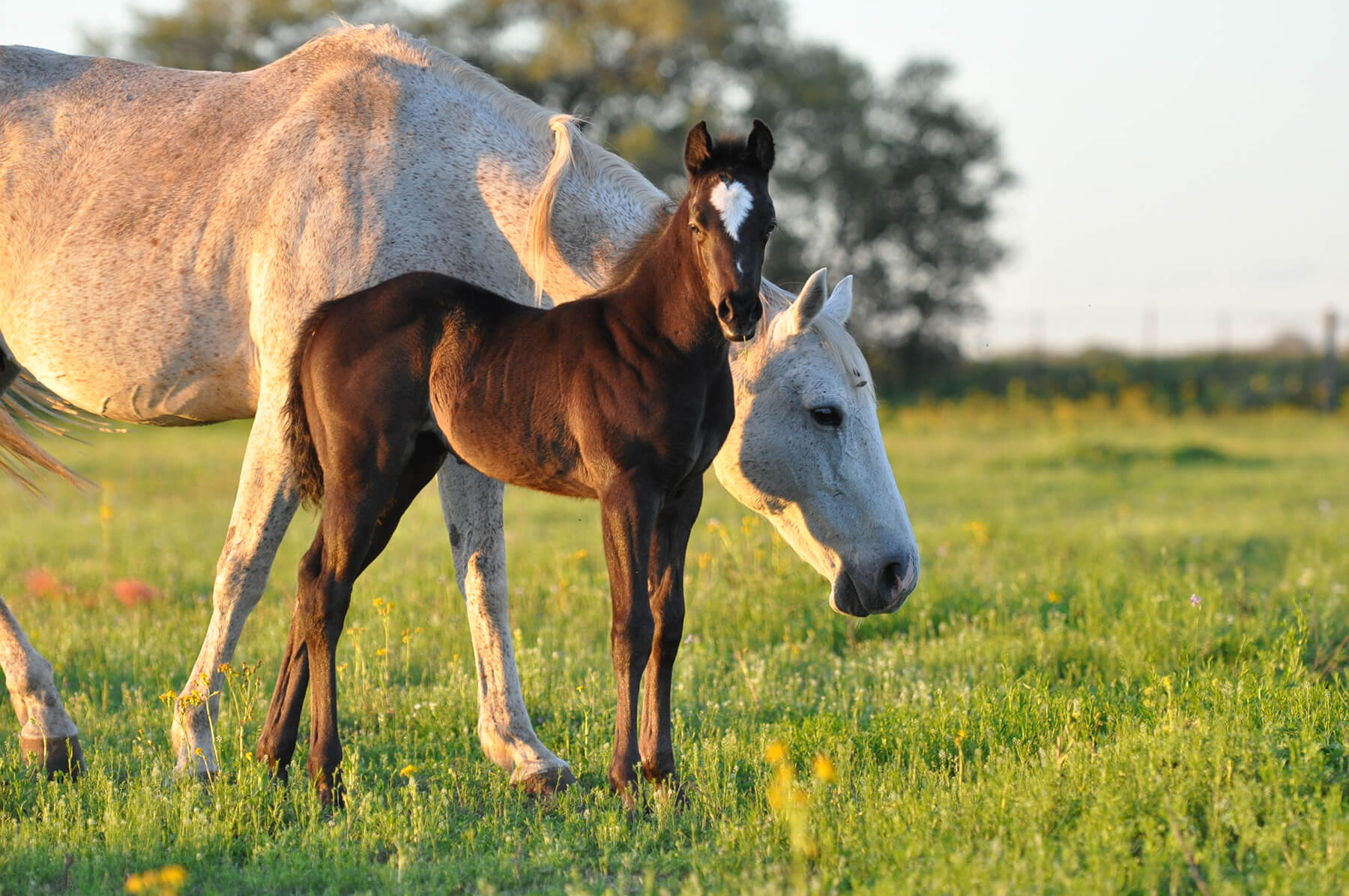 Our highly experienced staff focuses solely on the art of equine reproduction. We treat each mare the same as the next and concentrate on her particular needs and/or difficulties. We accept the challenge of managing mares that have previously been sub-fertile and will strive to reach our goal of getting your mare in foal. Our Mare Reproductive Services Include: 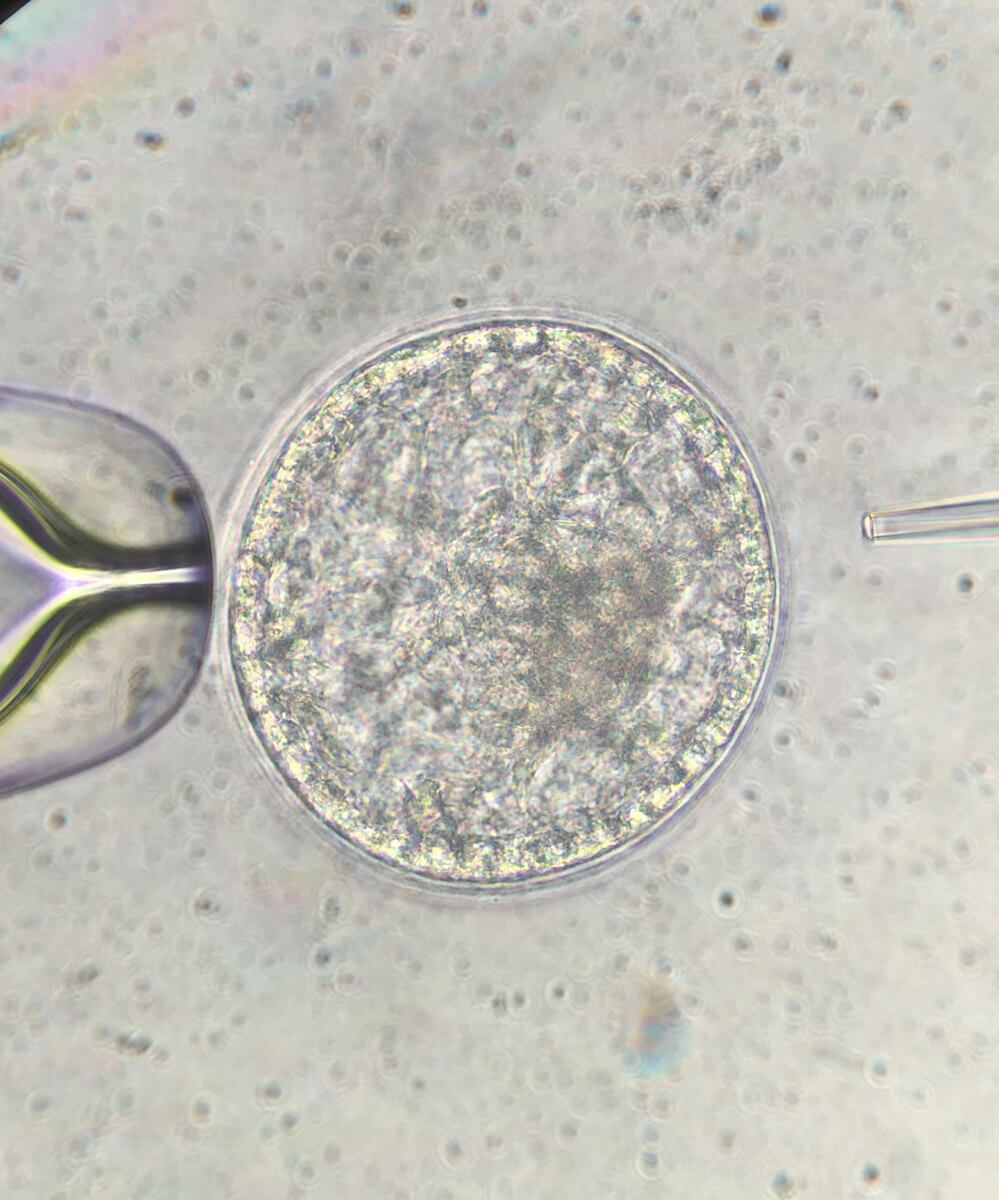 Embryo transfer is the reproductive process in which an embryo (or embryos) is collected from the bred (donor) mare and then transferred to a recipient (surrogate) mare where a pregnancy can be established and carried to term. Embryo transfer has grown tremendously throughout the past few years and is recognized in many, but not all breeds. Before choosing embryo transfer as a preferred method of breeding it is recommended that contact be made to the breed registry to ensure the ability to register foals conceived and born in the embryo transfer process.

The Process
Embryo transfer requires the synchronization of estrous cycles between the donor and recipient mare. After the donor mare is bred and ovulated, the transfer process can begin. The embryo flushing takes place 6-8 days from the day of ovulation, depending on the recommendation of the veterinarian and the history of the mares relative embryo size. The embryo is flushed out of the donor mare through a process in which an embryo catheter is passed through the vagina and cervix into the uterus. From there, tubing is attached to the catheter to allow the flow of sterile fluid into the uterus. Then, the uterus is massaged and the fluid is then drained into a filtered collection dish, examined under a microscope and recovered embryos are located.

Recovered embryos are then assessed as to developmental stage and the most viable embryo(s) are then transferred into a recipient mare through a process comparable to that of artificial insemination. Ultrasound can then be performed on the recipient 12-14 days after ovulation. Follow-up ultrasounds should also be done at 30 and 45 days to ensure that the recipient mare has not absorbed the embryo. The same ultrasound should be performed on the donor mare as well to confirm that no remaining embryo has lead to a developing pregnancy. 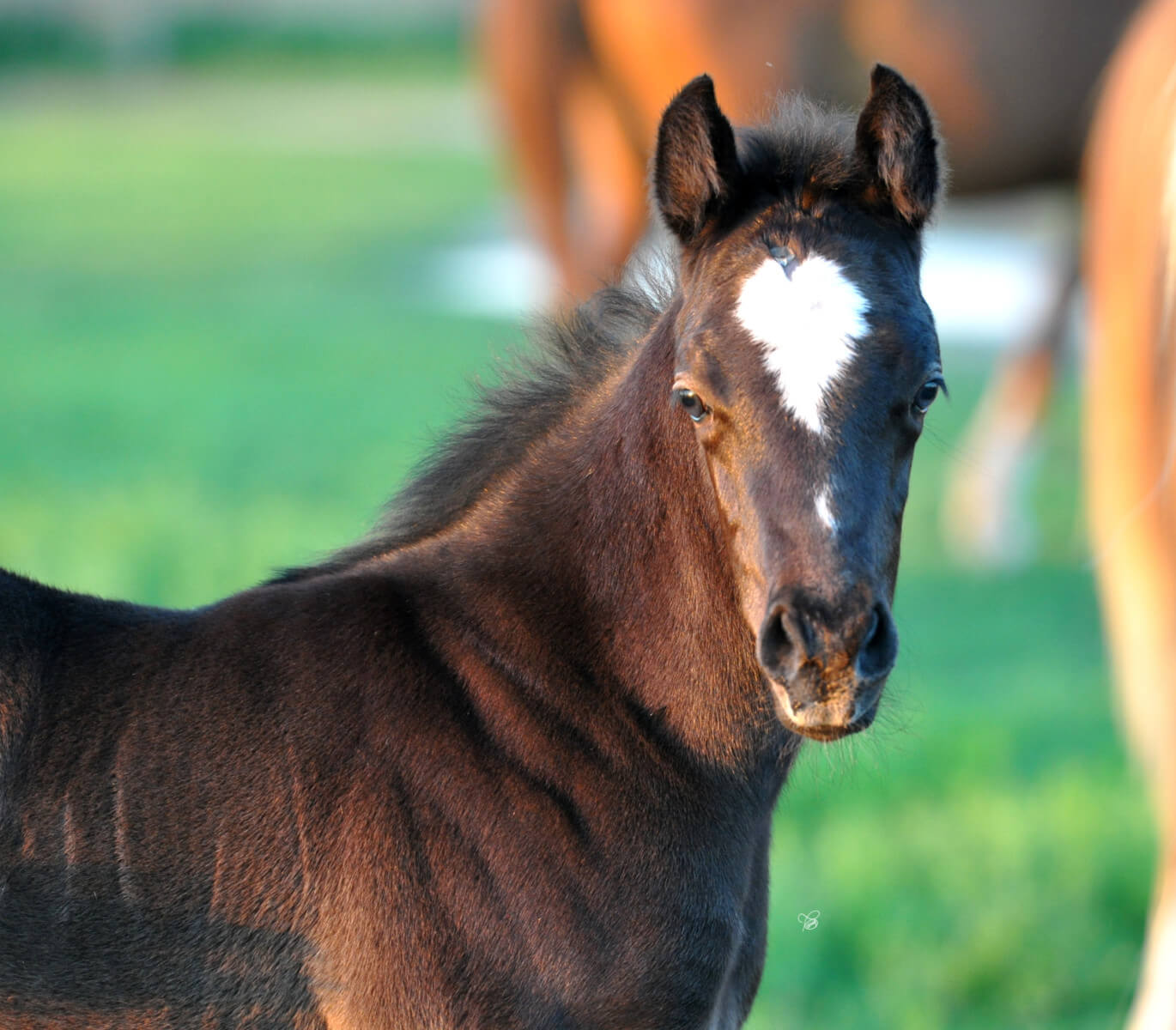 Zerlotti Genetics offers a foaling program with the health and safety of your mare and foal in mind. Round the clock care is provided by our experienced staff for all mares that are in their final 30 days of gestation. We have successfully utilized the FOALERT System for many years with stellar results. Our trained staff secures that the foal is in the correct foaling position as soon as the mare's water breaks and all new foals receive umbilical care, enemas and imprinting. Foals as well as the mares are also observed for adequate nursing and overall health. IgG tests are performed to confirm that adequate levels of antibodies were received from the mare's colostrum. Foals will begin to be halter broke and led within a few days of birth. 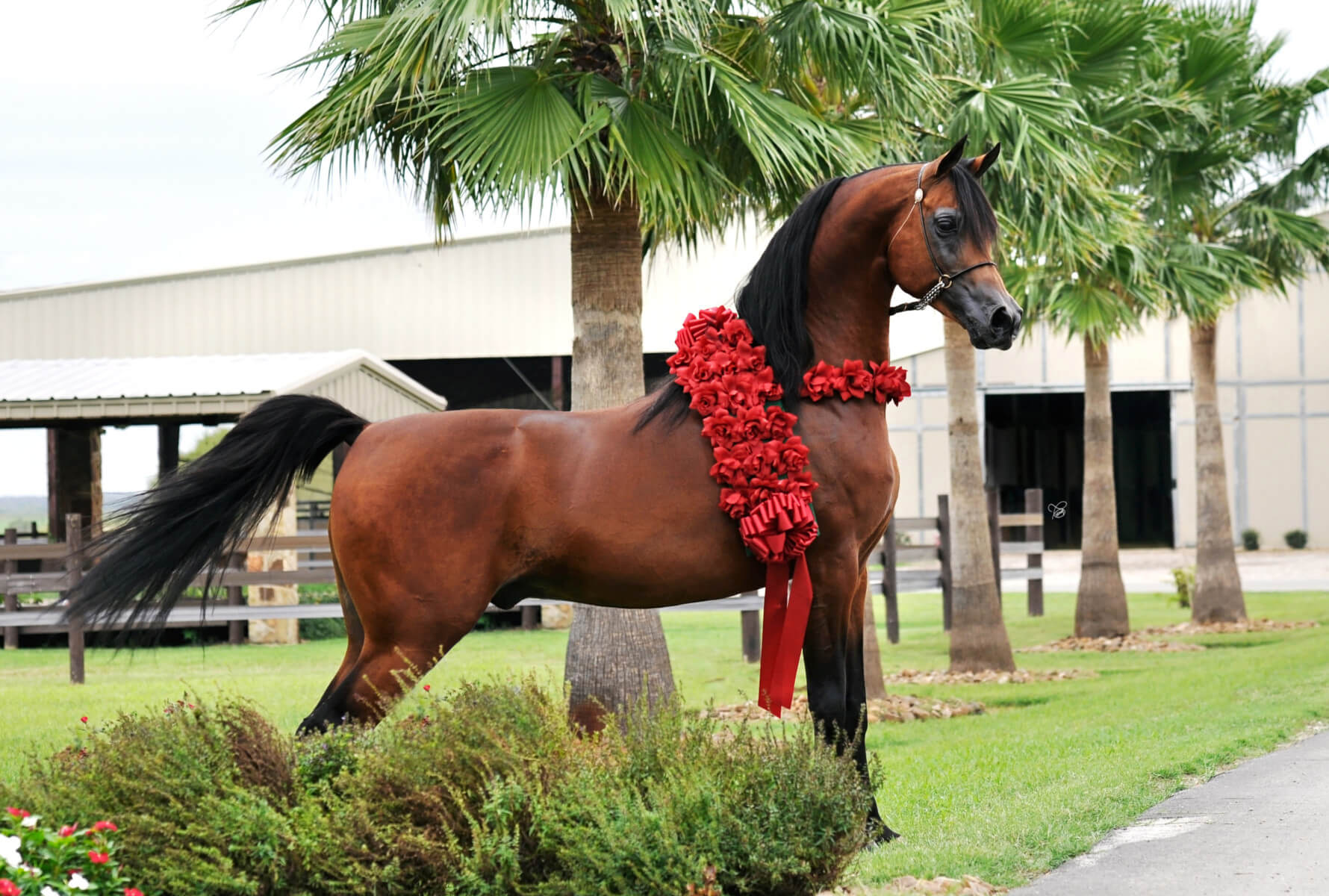 As a full-service facility, Zerlotti Genetics Ltd is fully equipped to care for your breeding stallions, both reproductively and physically. We offer our conditioning services to all stallions under our management to ensure that we maintain your horses’ maximum health for the greatest breeding results. Our complete breeding lab provides a safe and sanitized environment for stallion collection, semen analysis and semen shipment. We are a USDA approved facility providing both cooled and frozen semen services under our management.

Our stallion Reproductive Services Include: 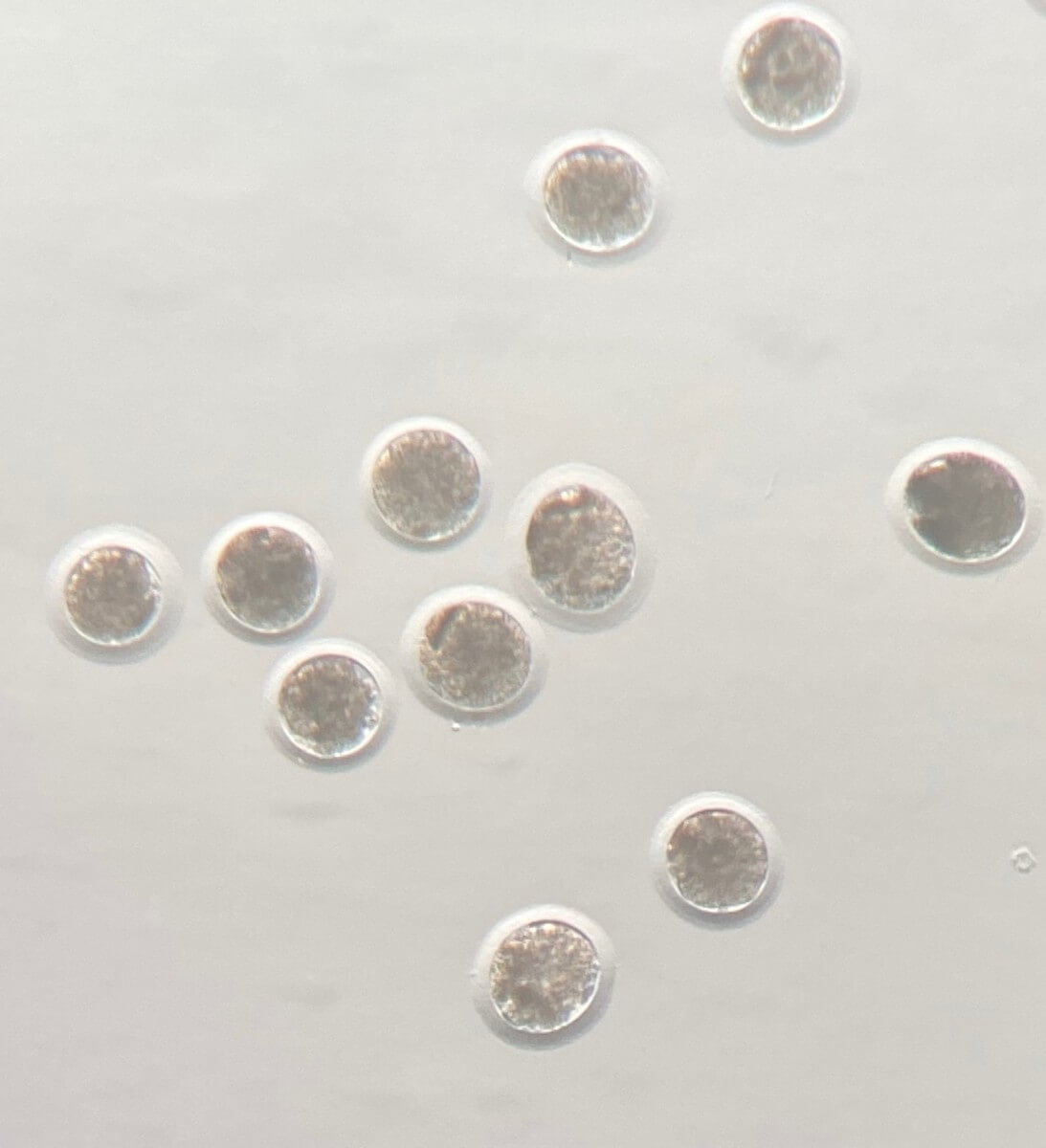 Cloning ~ success with repeat performance
Zerlotti Genetics, in collaboration with ViaGen, are recognized as global leaders in cloning technology with more than 100 years of combined experience in the field and have produced more cloned horses than any other company or research institution in the world.

By preserving the past you are preserving your future …
Artificial insemination, embryo transfer and even in vitro fertilization have been stepping stones in advancing the face of modern reproductive technologies, but none offer an exact guarantee.

Cloning is the most precise reproductive technology ever developed and is guaranteed to revolutionize equine breeding programs by providing a means of producing an exact genetic match of top-performing horses.

It is a safe, progressive and beneficial means to preserve and extend the best genetics so that their influence can be utilized on a greater level.

With cloning, breeders have the advantage of knowing the exact genetic make-up of the resulting foal.

What it means to you…
With cloning, breeders can quickly and precisely extend elite genetics.

Gene Banking
As a precursor to the cloning process, a small tissue sample, usually taken from the neck or underneath the tail, is all that is required for ViaGen to genetically preserve an animal.

Zerlotti Genetics Ltd offers top notch care and management to all your breeding horses. Year after year, our stellar success rates across the industry prove that our highly experienced staff is ready to help our clients achieve their most desired dreams.